HANDSOME STREET IMPROVEMENT
A structure has been for some weeks in course of erection which has now been completed, and is in every respect an ornament to the street and the premises to which it is an addition. We refer to the permanent awning erected in front of the premises formerly occupied by Mr E Hart as a portrait gallery, but which we believe are to be opened in another business. The architect is Mr J. W Pender, who has produced a neatly adorned verandah and balcony, extending the whole width of the footway, supported by ornamental wooden pillars, which are enlivened by wooden scrolls extending from their heads. The design is novel, but neat and chaste, and the painting of the work has resulted m producing some of the prettiest effects we have seen, the chamfered edges throughout being picked out red, upon a warm light brown ground. The carpenter work has been performed in a faithful and substantial manner by Mr. J Pritchard, of West Maitland, and the painter was Mr Fox. [1] 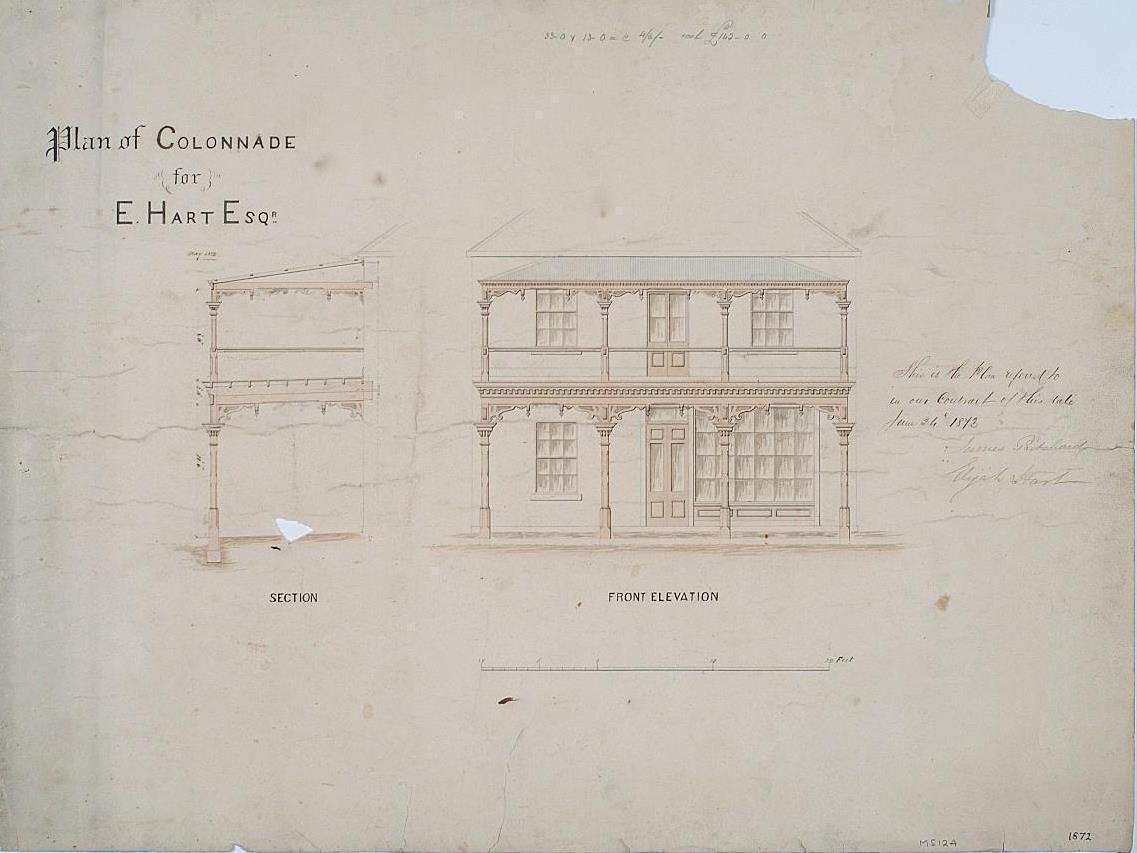