Hart’s  gallery is again in use from December 1876:

After this advertisement’s positive optimism and proof of credentials, business doesn’t seem to have thrived in Maitland for Mr.  F.P. Russell. He advertises again in May of 1877 in the Maitland Advertising Medium, then in the Mercury a few months later Russell requires a ‘respectable boy’ for his photo gallery.

By April of 1878, Russell‘s notice in the Mercury suggests his business affairs are being wound up:

Given the brevity of Russell’s business in Maitland, it’s fortuitous that the following portrait still exists and that his skills as a miniature and portrait painter are also promoted on the back of the card. 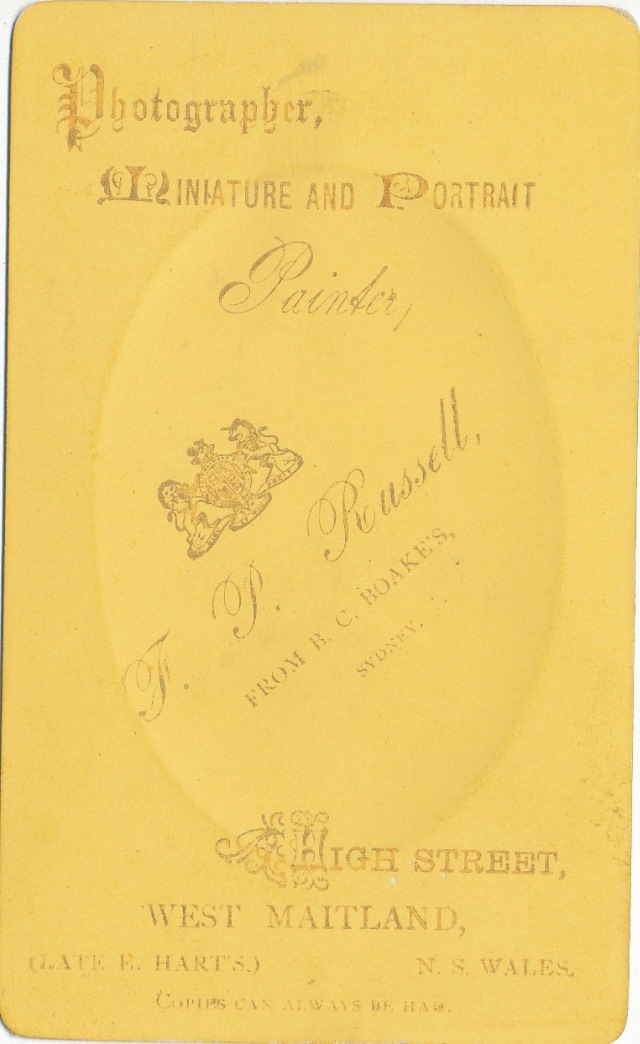