As a travelling photographer Ballard’s experience in Maitland and nearby districts was short-lived but the visit resulted in an important legacy of images that captured a number of the area’s most significant buildings.

Ballard’s Maitland advertising appears in April 1883, announcing that he is now in Maitland and will shortly visit Morpeth, photographing homesteads if you give him an early call. [2]

After spending time in Maitland in April 1883, Ballard continues photographing subjects in the local region:

By the courtesy of Hr. H. B. Ballard, landscape photographer, we yesterday evening had an opportunity of inspecting a batch of really well executed photographic views, just finished by the artist named. While residing In Maitland, Mr. Ballard got credit for some good work, but we must confess that the pictures we saw lest evening are among the best we have yet seen Mr. Ballard turn out. Among those shown us were Duckinfield [sic] House and grounds, the residence of the Hon. John Eales ; Kaloudah House, near Lochinvar, well known as the residence of Mr. J. F. Doyle; Baroona House, and Neotsfield, the much-admired abode of Messrs. A. A. and W. J. Dangar ; and several views (interior and exterior) of that noble building known as Dulcalmab, built and owned by Mr. D. F. Mackay. [3]

This photograph of ‘Leeholme’ (left) is referred to in the Maitland Mercury of 3 June 1884, with Ballard supplying ‘splendid views of the handsome Leeholme residence of our worthy townsman (John Len, Esq ).’

John Lee commissioned John W. Pender to draw up plans for his ‘villa residence’, Leeholme, in 1882. [6]
The mansion was demolished in 1919 with the remains sold as building material. [7]

References in the Maitland Mercury indicate that Ballard was in Singleton from December 1885, although he continued some travelling work, being in Muswellbrook in March 1888, intending to visit towns further north. [8]

Ballard’s images of the Dalwood vineyard and homestead were described in detail in the Maitland Mercury of 5 June 1886 and can be viewed online at the State Library of New South Wales. [9]

As with other photographers, Ballard exhibited at the local agricultural shows over a number of years, however he attained much wider recognition when exhibiting views of Singleton at the Colonial and Indian Exhibition at London in 1886. Ballard also exhibited in the 1888-89 Melbourne Centennial International Exhibition. [10]

In 1891 photographs taken by Ballard, described as ‘more than a mere photographer ‘are available from Edward Blair’s store:

Landscape Photography.-Mr. Edward Blair, who is sole agent in Maitland for Mr. Ballard, the landscape photographer, has sent us three specimens of Mr. Ballard's work. One is a picture of the West Maitland Town Hall proscenium and act drop, one of the most successful interior photographed views we have ever seen, every detail comes out sharply and distinct. The other views are pictures of St Mary's Church and Parsonage, and of St. Paul's Church from the Park. Both are fine artistic pictures, and show that Mr. Ballard is something more than a mere photographer. The specimens sent us are chosen from a large number of pictures which Mr. Ballard has taken in the district. [11]

Ballard’s photographs catalogued in the ‘at work and play’ series by the State Library of New South Wales are available to view online. [13]

With a change of occupation Ballard became the licensee of the Caledonia Hotel at Singleton in 1889 and was lessee of the Singleton Railway Refreshment Rooms for 17 years. [14] 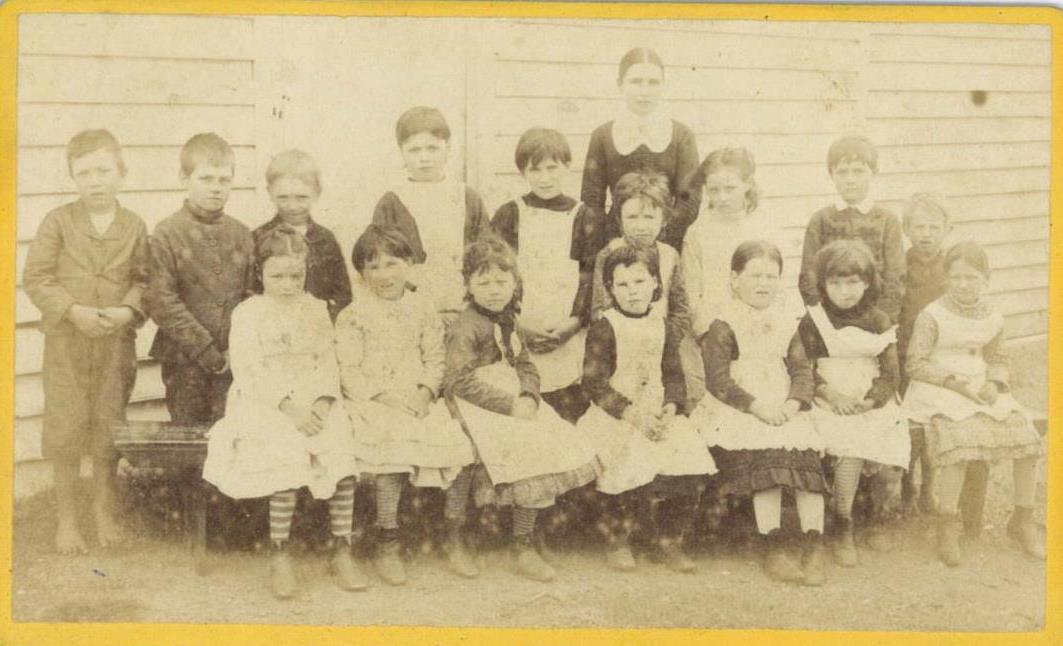 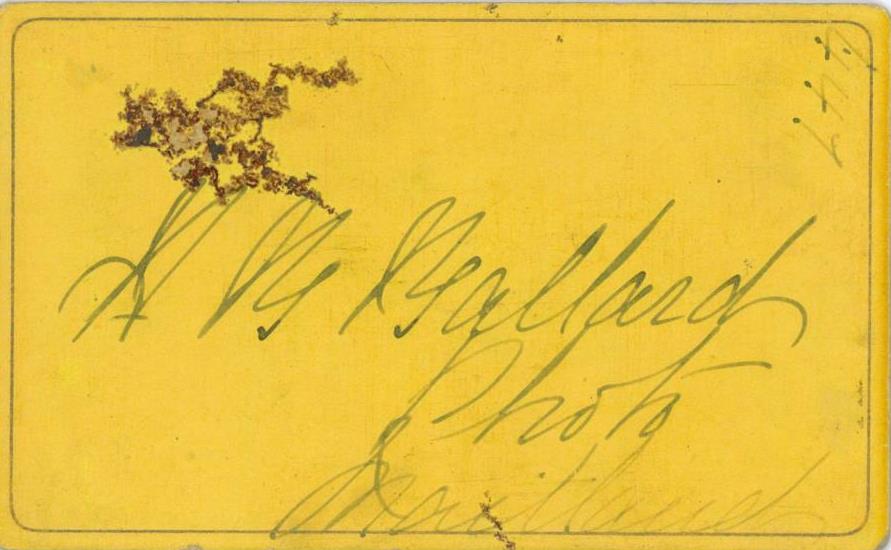 ‘Portraits of men’, State Library of Victoria
annotated on reverse: ‘in Beechworth 1868’. 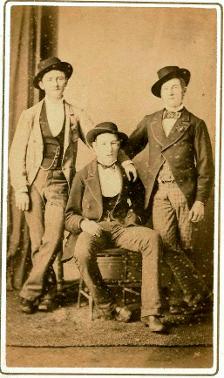 [3] Architectural plans for Leeholme are held in the Pender Archive, University of Newcastle and are available online via the Cultural Collections Flickr website. https://www.flickr.com/photos/uon/6346010586/in/
photostream/