William Joseph Slade’s premises are listed as being in Newcastle between 1884 and 1889  [1], however he has been included in this research due to  his significant contribution to Maitland photography by capturing images that included Maitland’s School of Arts, the Wesleyan Church, the Australian Mutual Provident Society and Masonic Hall, and St. Paul's Anglican Church. 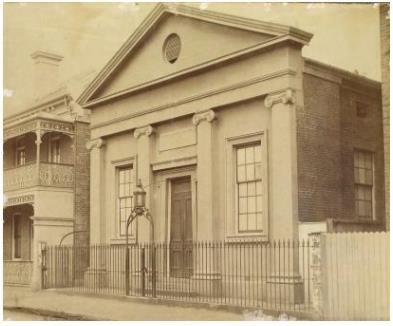 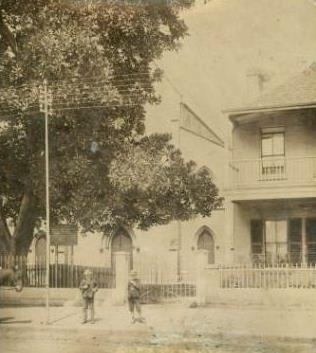 These images have been sourced from Hunter Photobank, Newcastle Region Library's digital image database and presumably include images referred to by the Maitland Mercury in March 1885.  [2]

The first local reference to Slade is by way of comments in the Maitland Mercury, Saturday 28 March 1885, with bookseller Mr. Blair promoting a large collection of excellent photographs of Maitland Buildings.  [3]
Slade exhibits a large number of photographs at the Hunter River Agricultural and Horticultural Association Show in April 1885,  [4] however photographs for the Indian and Colonial Exhibition brought Slade to prominence in Maitland, with his images of High Street being delivered to the West Maitland Borough Council, September 1885. [5] The aldermen were to select the three views of that thoroughfare that pleased them most.
Perhaps a taint of colonial cringe is expressed by the Maitland Mercury with  the words:

[the photographs] should give the residents in the old country a good idea of the progress made in the colonies, and convince them that a journey to Australia does not necessarily mean to hide oneself in the bush.

Slade’s final local mention relates to Duckenfield House, the setting for a photograph of the Northern Hunt Club in October 1885.  [6]