Information sourced from the State Library of New South Wales.

Peter Godwin worked as a commercial photographer in Maitland from 1952-1959. He photographed the flood of 1955 but was unable to get his photos through to Sydney, although some were published in the Maitland Mercury. He operated a one-man studio and his work included portraits (especially for schools and hospitals), photo-journalism and picture stories on various themes.

After 1959 he moved to Sydney with his family and there are examples of his work there up to 1970. 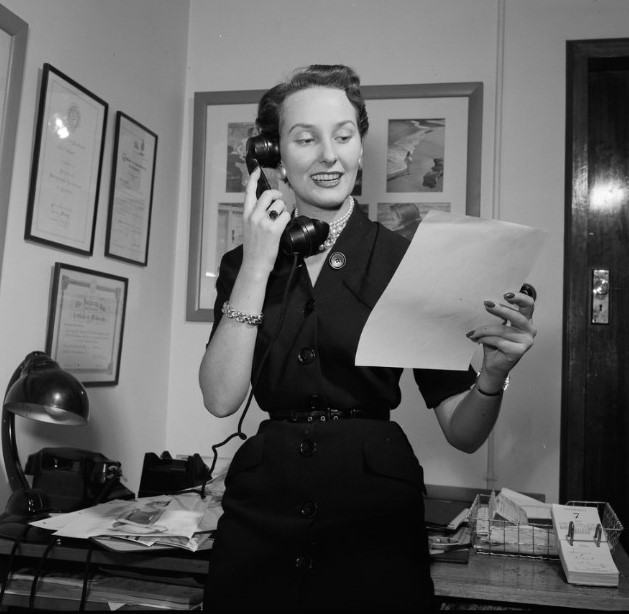 The State Library holds some 748 photographic prints chiefly of Maitland and district, ca. 1951-1970, however none of these are available online. [1]

One of Godwin’s photographs that is available online is this image of June Dally Watkins Modelling School, Sydney, ca. 1952. [2]