“Janet Jevons” was a photographic partnership between Ruby Caroline Jevons (1894-1974) and Emilie Janet Tyrell (1887-1972) who worked together in various London studios from 1921-1949. Their first published and credited photograph appeared on 6th December 1921 in the Illustrated Sporting and Dramatic News. They operated their first studio at 66 Piccadilly from 1921-1925 before moving to New Bond Street, London.

Jevons had begun her career in photography working as a secretary in the studio of Dorothy Wilding which was the leading woman-run studio in London in the 1920s and 1930s. Jevons defected and set up a studio with photographer (Emilie) Janet Tyrell. [1]

In 1932, the glamour arrived in Sydney using the name Janet Jevonde Studio, first publishing a portrait photo in the Daily Telegraph in July 1932.

After publishing photos in Sydney newspapers throughout 1932 and into 1933, the Wollongong Argus announces the arrival of Janet Jevonde, the well-known artist photographer of London and Sydney, personally coming to photograph debutantes, with sales manager Hugo R. Gutmann already arranging for the innumerable sittings.  [3]

Maitland is the next venue, photographing at the Pastoral Chambers, 280 High Street. [4] Jevonde continue their country tour in Nowra, Crookwell, Gundagai, Taree before returning to Sydney.

After March 1934 Janet Jevonde is not mentioned again in the Australian newspapers, but Janet Jevons of London photos continue to be published until 1938. 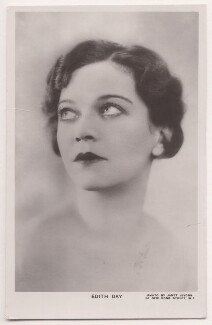