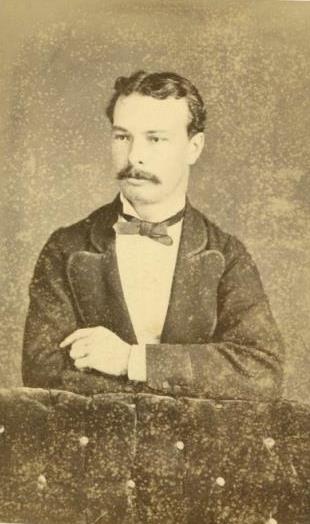 The first advertisement for A. Curtis appears in the Maitland Mercury on 14 January 1873, but a previous mention on 10 January indicates he is already in operation in High Street. Curtis introduces himself as Proprietor of the American and Australian Photographic Company’s rooms, 324 George Street in Sydney, and has now leased Hart’s gallery. [1] 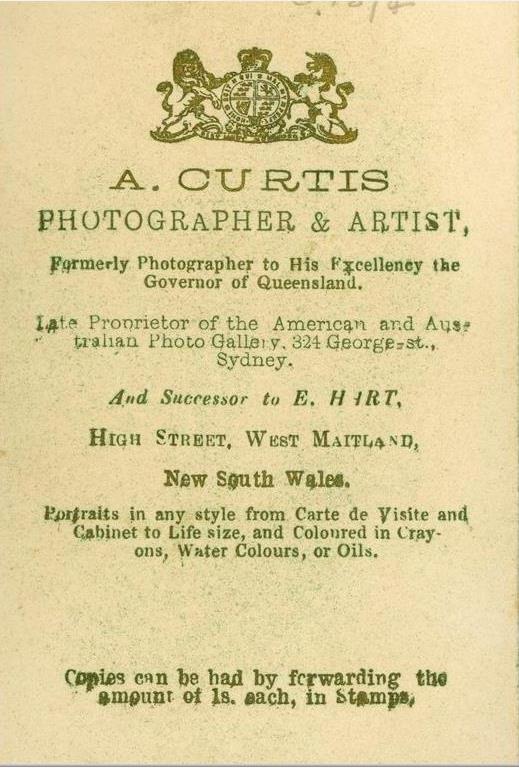 As with other photographers, Curtis takes the opportunity to exhibit his work in the Hunter River Agricultural and Horticultural Association Annual Show, with his portraits considered to be ‘excellently finished’. [2]

Curtis appears in the Maitland Mercury of November 1873 for providing a prize for the Highland Gathering, that prize being a large sized portrait of the winner, enclosed in a handsome frame.[3]

Advertisements for Curtis’ studio are few, one of them (left)  being this intriguing promotion from October 1874:  [4]

On 14 November 1874 Curtis’ advertisement features in a cluster with two other photographers, that is, Moss and Kline – plenty of competition. [5] 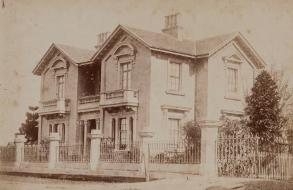 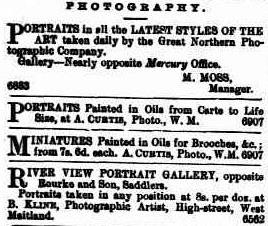 Being called upon to photograph the skull of a murder victim also places Curtis in the news:

The head of the murdered man has been brought into Maitland by Dr. Pierce, who had it divested of the decomposed flesh and cleaned, and a photograph his been taken of the skull by Mr. Curtis, photographer. [6]

After that unpleasant tale, the final word on Curtis related to the 1875 flood in West Maitland:

The photographers did not fail to improve the occasion and groups of people here with such surroundings as we have enumerated were called upon to halt till the camera had been brought into operation to secure a record of their often grotesque appearance. Those who are desirous securing any of these representations may no doubt do so on application to Mr. Tinson or Mr. Curtis. [7]