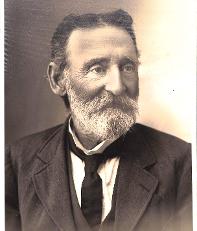 The first mention of Morris Moss as a photographer appears in the Maitland Mercury in August 1862 when Jacob Audet advises that he has taken Moss into partnership.

Moss would continue in the photography business in Maitland until 1894, some 32 years later, with the exception of two years in Newcastle (1873-1874).

Moss' images of the 1893 flood have been reproduced in flood souvenir booklets and have featured in the Maitland Mercury as recently as April 2013.