Sale of the leasehold of the Newcastle property as well as “all the household furniture, goods, chattels and effects” alludes to financial difficulties for Audet in November 1872. [1]   Reappearing in Maitland a year later, Audet builds a new gallery, situated opposite the MaitlandMercury office.

NEW BUILDING-Mr Jacob Audet, photographer, who some years ago carried on business in West Maitland, is at present engaged in erecting a wooden building in High-street, between Mr G Moore's and Mrs McLaughlin's, which he purposes occupying as a portrait gallery. It says something for Mr Audet's pluck and enterprise in entering the lists in competition with the establishments of a similar kind already in Maitland. There are at present four photographers in businesses in the town.[2]
The other photographers operating at this time would be Curtis, Hart, Kline and Moss.

The flood of January of 1874 provides some business for Audet, with '24 interesting views taken during the height of the flood' available as souvenirs. [3] Audet later states that his are “genuine views of the late flood (not 1870)” implying that other photographers in town had misled the public with ‘old’ views. [4]

Audet’s final advertisement in the Maitland Mercury is on 28 May 1874 and by December of that year his Newcastle studio in Hunter Street appears in the Newcastle Chronicle. [5] Reports of the insolvency court in October 1874 indicate financial difficulties. [6]  By August 1876 Audet is residing in Sydney. [7]

Another quirky Audet story intersects in 1875:

Singular recovery of lost money.-Mr. Jacob Audet, well known in many parts of the colony as photographer, lost one half of a five pound Union Bank note about sixteen years ago in Bathurst. He had one half in his possession, which he got £2 10s. for from the bank on making the necessary affidavit. Some four or five months ago a woman died in Bathurst, and in an old drawer or box was found, by the deceased woman's nurse, the second half of the long-lost note. It bore Mr. Audet's endorsement, and was forwarded to him on it being ascertained that he was the lawful owner. This morning Mr. Audet went to the Union Bank, Sydney, armed with the required affidavit, and came away a richer man by £2 10s.— [Evening News, May 31.]  [8] 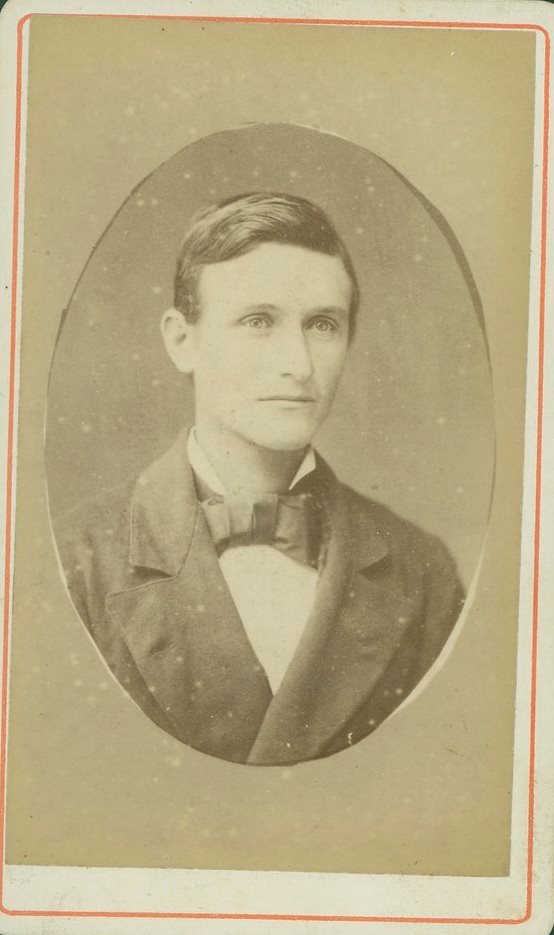 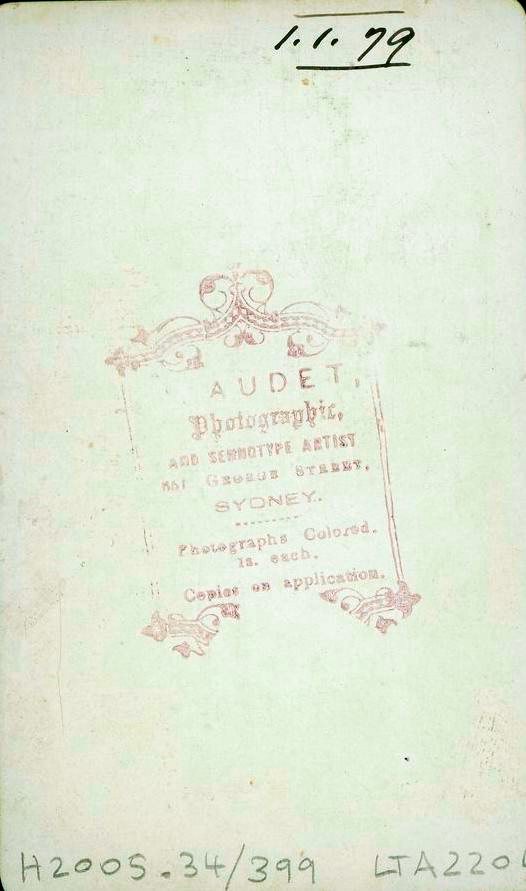